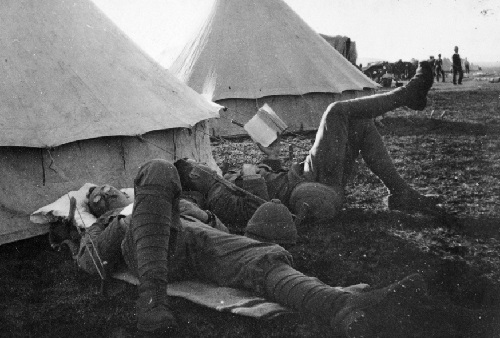 For more than twenty years I worked on national security policy with a decided emphasis on diseases and natural disasters. Even with my shift into genealogy in 2014, I can’t resist following the news of the novel Coronavirus.  I am constantly looking for the signposts of pandemic and following information from health officials I trust.  Named COVID-19 by the World Health Organization, the Coronavirus outbreak began in December 2019 and so far, the virus has followed a somewhat traditional path of ebb and flow of transmission; it has not yet reached pandemic proportions, even with multiple outbreaks in countries across the globe.  According to Johns Hopkins Center for Systems Science and Engineering as of this morning, February 24, 2020 there are 79,553 confirmed cases.

In comparison, the Spanish influenza pandemic of 1918–1920 caused at least 50 million deaths worldwide and sickened nearly one third of the world’s population.  The enormity and tragedy of the events cannot be overstated.  Millions of people across the globe were incapacitated and dying, social fabric frayed, governments ceased to govern, activities in the public realm ended.  Everyone was afraid of human contact – the means of contagion. 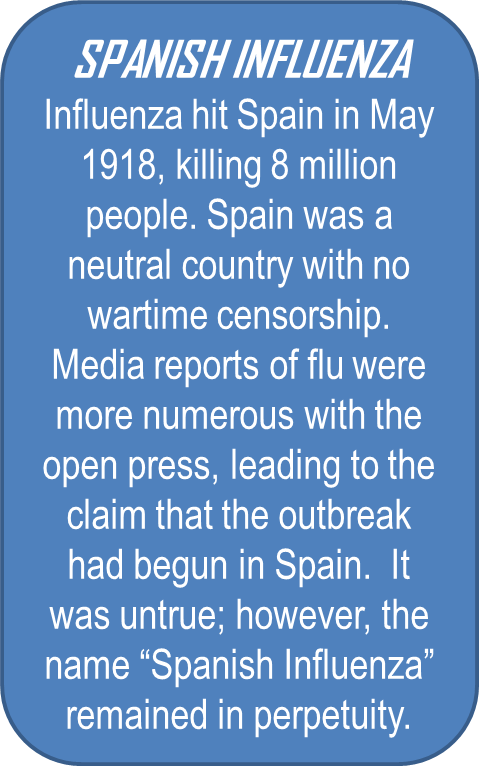 On October 18, 1918, the Surgeon General of the United States predicted that “If the epidemic continues its mathematical rate of acceleration, civilization could easily disappear from the face of the earth within a few weeks.”[1]  The pandemic was like no other, with a mortality rate surpassing even the Black Plague by modern estimates.  In one study of the era, 97.5% of the people who died did so of either influenza or pneumonia resulting from the flu.[2]  Most of the deaths occurred in a sixteen week period, from mid-September to mid-December of 1918, paralyzing social, political, economic life across the globe.  In the United States, businesses, schools, and public activities closed or ceased.  Public services failed.  Mass graves were dug with machinery as cities ran out of coffins and grave diggers were among the dying.  As quickly as it had come, the virus faded, rearing its head in the spring of 1919 and sporadically until June 1920.

The pandemic was so startling, so quick, and so deadly; experts were left with more questions than answers – questions that scientists grapple with yet today.  Why was this influenza strain so deadly?  Why did it kill those in their prime rather than the old and the young as is normal? What is its relationship to other influenza viruses? And finally, where and how did it originate?  A case study I co-authored for the USAF in a decade ago looked at the outbreak, the U.S. Government’s reactions and the public’s ability to persevere through one of the greatest crises Americans have ever faced.

This is a short excerpt of the study.  The full study can be found on the resources page of my website.

More than one hundred years after the pandemic scientists are still searching for answers about the 1918-20 influenza strain that swept through virtually every country in the world.   While there are many theories no one has been able to definitively determine precisely where the virus began.  One of the leading hypotheses is that it began in Haskell County, Kansas, “an isolated and sparsely populated county in the southwest corner of the state, in January 1918.”[3]  From this remote area draftees reported to Camp Funston at Fort Riley, Kansas to train for war in Europe.  From Camp Funston, soldiers went to other camps across the United States, took trains to the East Coast to prepare for departure, and unknowingly carried the influenza virus to hundreds of thousands of soldiers and civilians worldwide along the way.

The flu killed an estimated 675,000 Americans, ten times more than would die in the “war to end all wars.”  The virus of 1918-1919 was most deadly for people ages 20 to 40, a highly unusual statistic, as influenza usually kills the young and the old.  The death rate for 15 to 34-year-olds of influenza and pneumonia were 20 times higher in 1918 than in previous years.[4]  Twenty-eight percent of the American population was stricken.  In San Antonio over 90 percent of households reported at least one person sick.  The effect of the influenza epidemic was so severe that the average life span in the U.S. was shortened by 11.8 years.[5]  The life expectancy of an American male dropped as many as 17 years between 1915 and 1919 owning to war and the pandemic.[6] 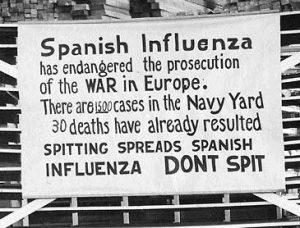 Influenza was not unknown in the early 1900s.  There had been significant epidemics in 1889, sometimes considered the “Russian Flu” and several smaller bouts during the 1850s.   Influenza was thought to be mildly worse than the common cold.  Symptoms included body and head aches, stuffy nose and a cough that usually lasted no more than three days.  Thus, in 1918 when patients began presenting with much more dramatic symptoms and many dying, doctors misdiagnosed influenza as the plague, meningitis or other serious diseases.  As one historian noted, “Many of them did not identify it as influenza because, it didn’t fit the definition. Influenza does not kill people in great numbers; influenza does not particularly affect young adults; influenza is a pest, it’s not a slaughterer of human beings.”[7]

In the next installment I will share how influenza spread and some of the many ways in which people tried to avoid getting sick.

COVID-19 is not yet considered a pandemic, according to statement of Anthony Fauci, Director of the National Institute of Allergy and Infectious Diseases (NIAID) made on February 19, 2020. Fauci is someone I trust.  He has been with the institute longer than I have been alive and he has been director of NIAD (formerly called National Institutes of Heath) since 1984.  We should listen to health officials such as Fauci.  While COVID-19 is not yet a great health concern for non-travelers, we should be paying attention.  Below are a few websites that provide data and facts, not fluff or misinformation.  The best advice to date: wash your hands, keep your body as well rested and nourished as possible.

This article is one of the best I have read to date as it gives some cautious advice on what is happening from a medical perspective.

[3] Several other theories exist regarding where the virus originated including France and China.  John Barry details his findings in “The Site of the Origin of the 1918 Influenza Pandemic and its Public Health Implications,” Journal of Translational Medicine 2004, 2:3.

[5] The Deadly Virus: The Influenza Epidemic of 1918, http://www.archives.gov/exhibits/influenza-epidemic/ accessed on February 23, 2020.