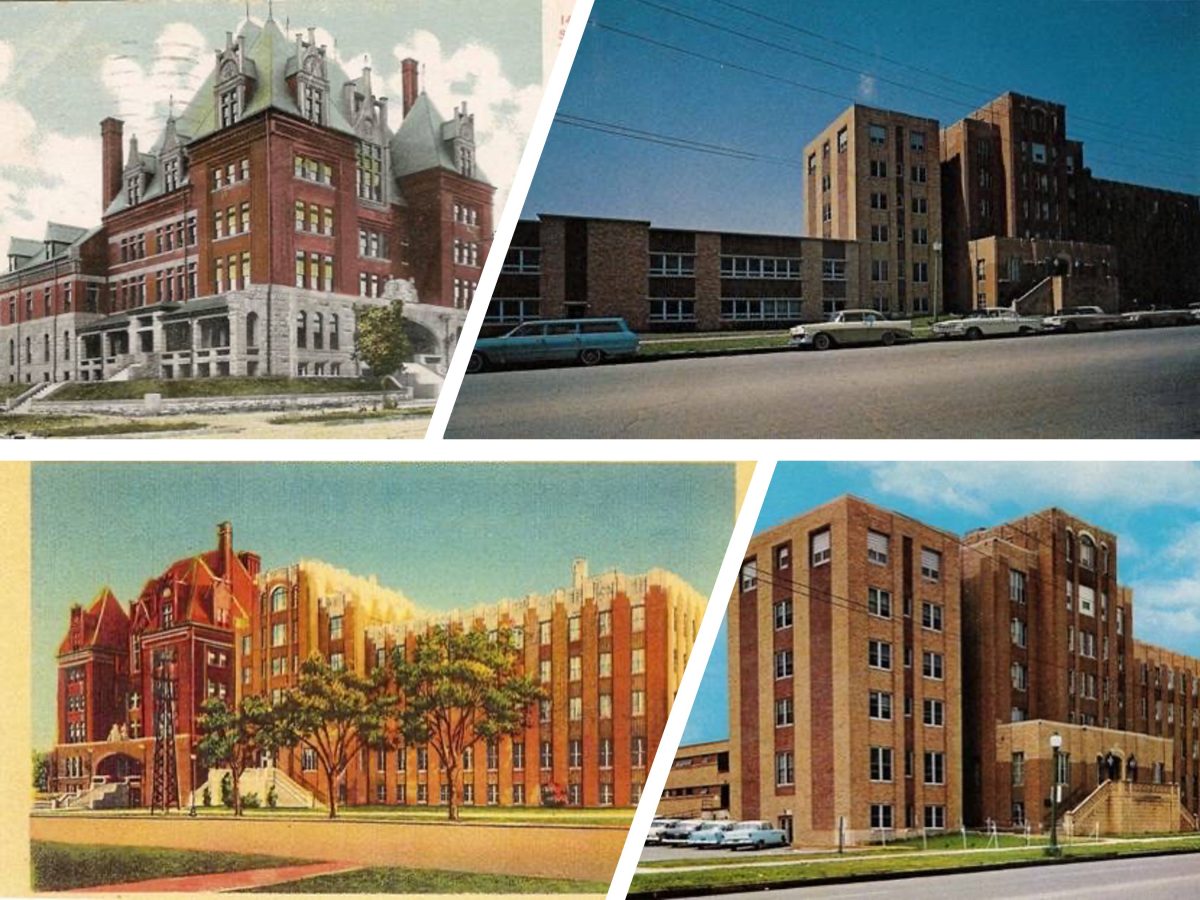 The Evolution of an Institution & its Future 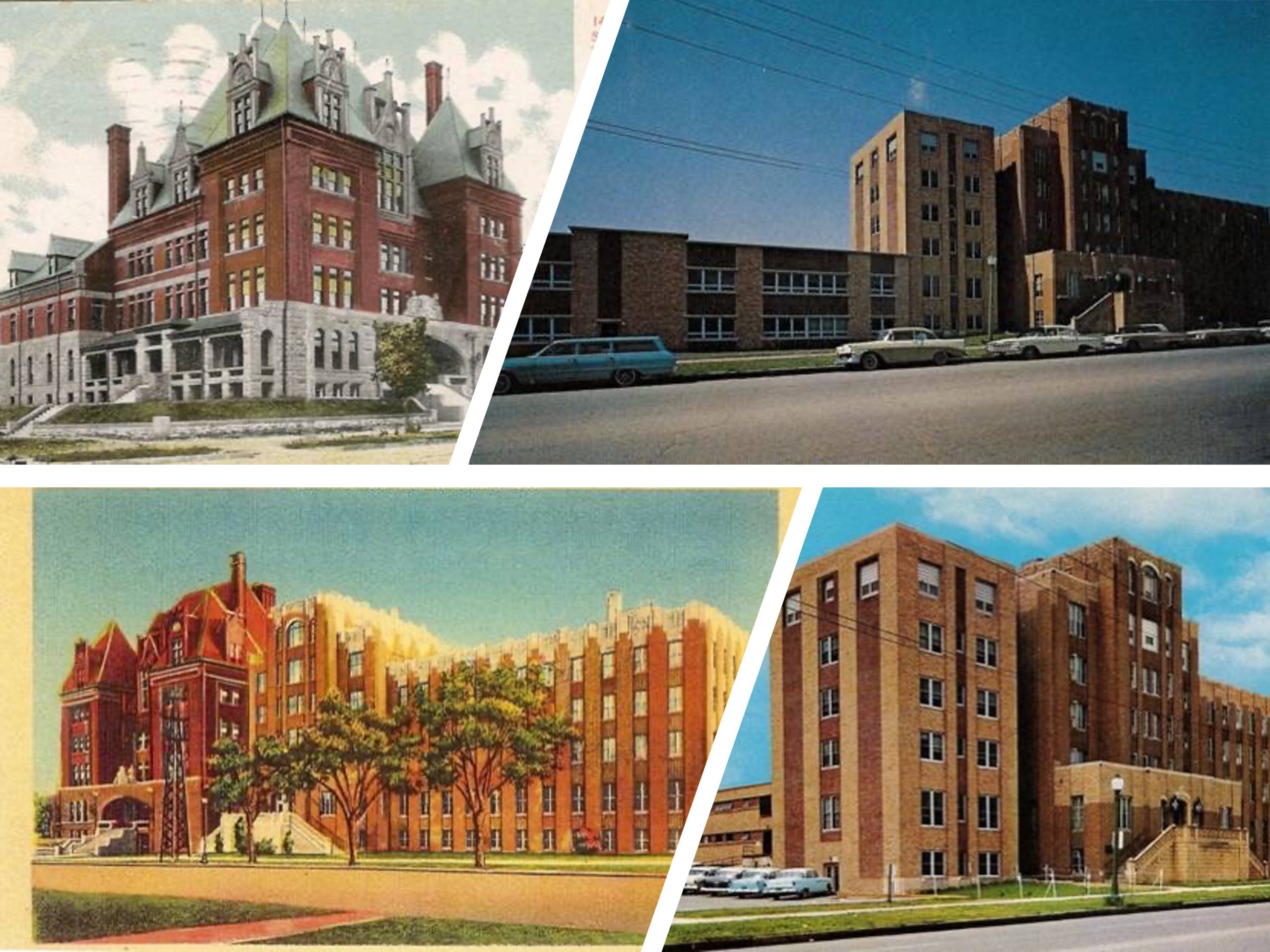 The Santa Fe Hospital in Topeka, Kansas was listed in the National Register of Historic Places in 2016 recognizing the building’s significant role in healthcare for the State of Kansas and specifically, Santa Fe railroad employees.[1]  Located near downtown Topeka when it was constructed, the hospital was an integral piece of Topeka’s history.  This final article of the four-part series examines the evolution of the cutting-edge medical facility for ATSF employees tried to adjust to a modernizing world.

The End of the “Company” Hospital

In 1966, Topeka’s Santa Fe Hospital opened its doors to the public bring an end to the seventy-year period in which the hospital exclusively served employees of the Santa Fe Railroad.  The hospital opened to the public in response to the nationwide changes in health care for Americans over the age of 65 as Medicare became law.  This was not its first time the Santa Fe hospital had treated the public. The hospital had been utilized as surge capacity in times of emergency in Topeka.  Examples include the power plant explosion in 1943, mass food poisoning in 1949 and the flood of 1951.[2] 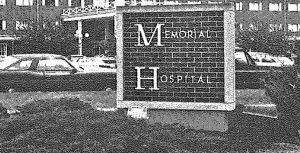 A Topeka Capital Journal article on March 6, 1977, detailed the journey from Santa Fe employee care to public institution.  The hospital was known for its outstanding care but struggled to compete with convention; even with a name change, the institution was not readily accepted by Topeka citizens including those in the medical community.[4]  When Santa Fe dropped its requirement to use company hospitals; Topeka saw a significant drop in business that continued throughout the 1970s.  In 1975 the hospital had a daily average of only 135 Santa Fe employee inpatients; a number that dropped to 108 in 1976.  However, the outpatient clinic saw a 40 percent increase in business over the same period.  On July 1, 1977, Memorial opened a new 20-bed inpatient psychiatric ward; an area of profitability for the next 13 years.  In 1977 the hospital had a capacity of 222 inpatients; but the outpatient services saw over 4,000 each month.[5]  In 1979 a $6.4 million dollar renovation was completed, expanding the outpatient facility and emergency services.  One year later the number of private citizens surpassed Santa Fe employees as first-time hospital patients.[6]

With the advent of the interstate highway system that began in 1954 Kansans began to choose road over rail, resulting in a loss of passenger revenues and forcing the discontinuation of many local passenger trains.  In October 1967, the federal government took all the mail off the railroads, moving it to the airlines.  The resulting loss of revenues forced further reduction in passenger service.  The trend was irreversible.  The Atchison, Topeka & Santa Fe Railway discontinued all passenger trains on April 30, 1971, after 102 years of serving the traveling public.

The evolution of transportation, the advances in medical technology and government-provided benefits ensured the eventual demise of Topeka’s Santa Fe Hospital.  The ATSF Railroad had been the front-runner in the rail industry creating the gold standard of employee care.  The Santa Fe Hospital in Topeka played a significant role in the lives of Santa Fe employees by providing a trusted source of state-of-the-art medical care for 93 years; many of whom were Topeka residents.  It also had provided Topeka a “safety value” of medical care when the city’s three other hospitals were overwhelmed with patients.  The confluence of events that began in 1966 with the passage of Medicare which required medical facilities to be open to the public in order to receive program reimbursements was the beginning of the end for Santa Fe’s hospitals.  Concurrent with the decline of the passenger service, the operation of company hospitals was no longer the most effective way for Santa Fe to meet the healthcare needs of its employees.  The largest of Santa Fe’s hospitals, Topeka was the last to close its doors in 1989.

In the mid-1980s an office building was constructed to house physician offices (built by the Hospital Association).  Following closure of the hospital, the building was sold to the City of Topeka, became the Cyrus K. Holliday Office Building, and remains in the function today.

After the closure, the hospital building sat vacant until 1997 when the property was purchased by a Topeka-based development firm for $10,000.  In December 2001, it was announced that construction had begun to transform the space into independent living apartments for senior citizens and renamed Madison Street Apartments. 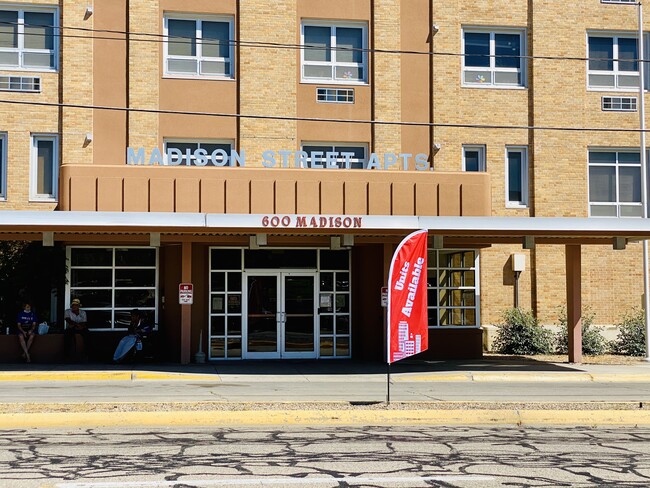 [1] This article is excerpted and updated from the Atchison, Topeka, and Santa Fe Hospital Nomination to the National Register of Historical Places I co-authored in 2016.  The complete nomination is available here.