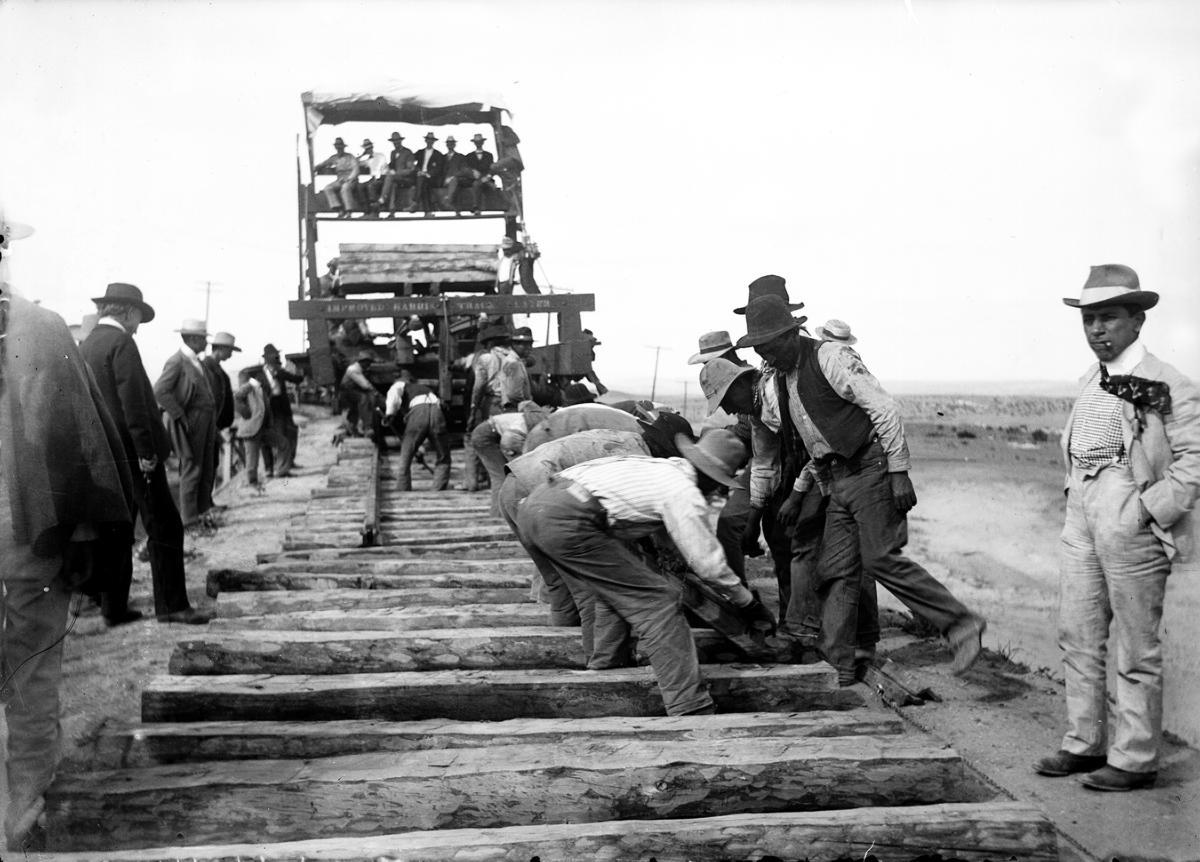 Working the Rails & the Advent of Modern Healthcare

The Santa Fe Hospital in Topeka, Kansas was listed in the National Register of Historic Places in 2016 recognizing the building’s significant role in healthcare for the State of Kansas and specifically, Santa Fe railroad employees.[1]  Located near downtown Topeka when it was constructed, the hospital was an integral piece of Topeka’s history.  This article, the second in a four-part series, will focus on how the danger and difficulty of building, maintaining, and staffing a railroad gave rise to the necessity of modern healthcare and how one company was a frontrunner in state-of-the-art medical care. 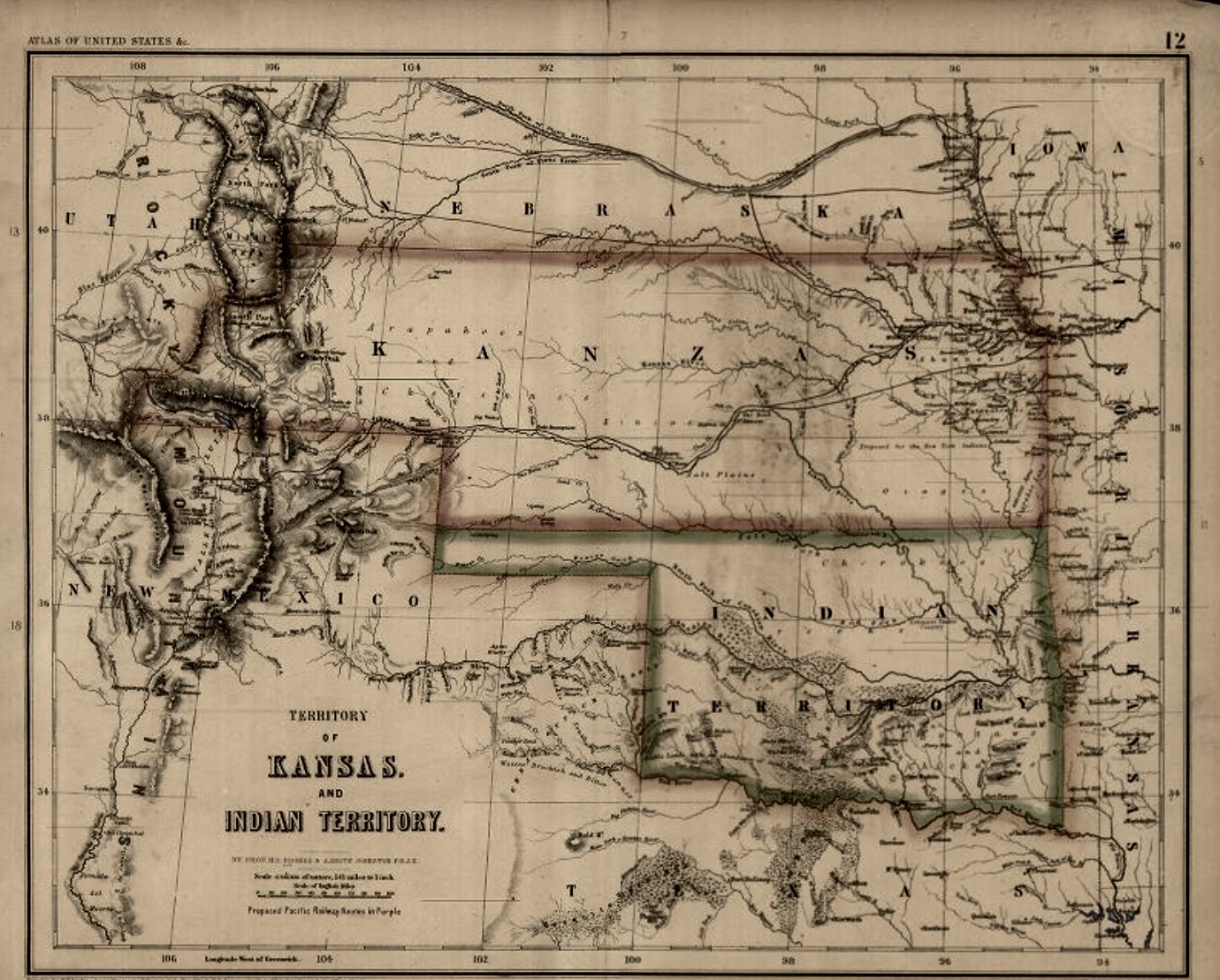 The second industrial age (c.1830-1870) heralded the expansion of railroads across the United States while at the same time increasing the number of traumatic injuries requiring medical care and surgery. By the 1880s medical care remained rudimentary at best in much of the United States; especially as rail expanded into rural areas and small towns in the West.[2]  While hospitals had existed on the East Coast from more than a century, in the vast western states and territories many towns had no doctor or hospital.[3]  One historian noted that a person traveling between St. Louis and El Paso could go over 1,300 miles without passing a single hospital.[4]  The average railroad worker was single, ate in restaurants and slept were available; when he became sick or injured there was no place for him to turn. Even in Emporia, Kansas, nearly 25 years old when the railroad reached it, the sick were cared for in hotels.[5]

In virtually every industry an injured or sick worker had to pay for his own medical care. As Dr. Robert Gillespie explained, “Railroads developed into an exception to this rule, in part due to the inordinate number of injuries sustained by employees, passengers and bystanders.  In 1900 the Interstate Commerce Commission reported that 1 of every 28 railroad employees was injured on the job, and 1 in 399 was killed.”[6]  Initially the Atchison Topeka and Santa Fe (ATSF) Railroad formed a medical department which contracted with doctors and surgeons along rail lines.  It was quickly determined that more was needed; building hospitals was a requirement to maintain a steady workforce and ensure profitability.

In 1884 the ATSF railroad formed a benevolent corporation distinct from the railroad to fund, build and operate company hospitals.  The first two hospitals opened 1884, in Las Vegas, NM and La Junta, CO; followed by Ottawa, KS and Fort Madison, IA in 1888.  By 1896 Topeka was chosen as the home for the new state-of-the-art 100-bed hospital. 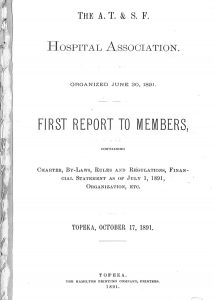 Provision of hospital services had not been the norm in the late 1800s. Santa Fe set an industry standard for quality and a national standard for employment benefits.  As noted in the Parsons Katy Hospital National Register Nomination:

By pooling their resources through hospital associations, railroad employees reaped health benefits in times before employer–subsidized health insurance and consistent institutionalized hospital care. Railroad companies were dedicated to assisting with such programs which benefited employees who risked death and injury carrying out work along the line. Such health benefits became standard for railroads to compete for quality laborers.[7]

The ATSF Employee Association rules stated that subscribers to the program were eligible to receive treatment as long as they were employees of the railway.  Treatment could be performed by any surgeon employed by the association, but employees having “protracted injury or sickness” must go to one of the association hospitals.  Ex-employees and family members were excluded from coverage. The initial rates were based upon employee monthly salary: $0.25 ($30 or less), $0.35 ($60 – $80), $0.50 ($80 – $100), $1.00 (Above $100). The rates remained stable into the 1930s.[8]

The subscription paid for all types of medical care: hospital, doctor, and medicine. Transportation to and from the hospital was free to patients on the railroad; special trains were even dispatched for transport in grievous cases. Free transport was also provided for doctors who worked in or consulted for the company hospitals.[9]

In 1887, Dr. John Kaster became the company’s chief surgeon, a job he held for 40 years. When he died in 1938, he had worked for Santa Fe for more than 50 years.[10] Kaster, who worked out of Topeka, exerted significant influence on the health services provided by the Santa Fe hospitals. The two areas that interested him the most were the use of x-ray technology and the prevention of disease through proper sanitation. Under Kaster’s tutelage the Association developed a reputation for excellence in medical care and expanded the Association’s facilities including the new hospital in Topeka (1930).[11]  In addition to the new hospitals Kaster increased the quality and number of consulting doctors and dentists along the line and expanded their offerings to include eye specialists, laboratories, and x-ray facilities. Kaster’s influence could be felt for years after his passing due to his determined commitment to technological advancement and maintaining proper sanitation not only at the medical facilities but also on trains and other workplaces.  According to a 1934 Santa Fe Magazine article Kaster had been “steadily increasing the efficiency of our medical department by adding the new things that the medical profession has produced to combat disease.”[12]

In 1896 the Santa Fe healthcare program received high praise.  The Railroad Trainsmen’s Journal stated that Santa Fe was “everywhere acknowledged as the best hospital system of any railroad in the United States.”[13]  The Santa Fe Magazine explained that no man could complain about the fact that a single hospital stay for an operation could cost him $480; yet a Santa Fe employee paying $1 per month would require 40 years of service to the railroad to spend an equal sum.[14]

The largest of the railroad’s hospitals, the Topeka facility not only provided patient care but also served as home to Santa Fe’s Hospital Association, the Railroad’s Chief Surgeon and the Medical Dispensary.  The hospital signified Santa Fe’s commitment to the capital city and is a physical reflection of the shared history of Topeka and Santa Fe as the railroad and city grew.  In 1966, the hospital opened to the public because of new federal legislation creating Medicare.  Renamed Memorial Hospital in 1972 the hospital closed in 1989 after filing for bankruptcy; the last of Santa Fe’s seven hospitals to do so.

The next article in the series will review the construction and modernization of the hospital facility and its current role as independent living apartments for senior citizens.

[1] This article is excerpted from the Atchison, Topeka and Santa Fe Hospital Nomination to the National Register of Historical Places I co-authored in 2016.  The complete nomination is available here.