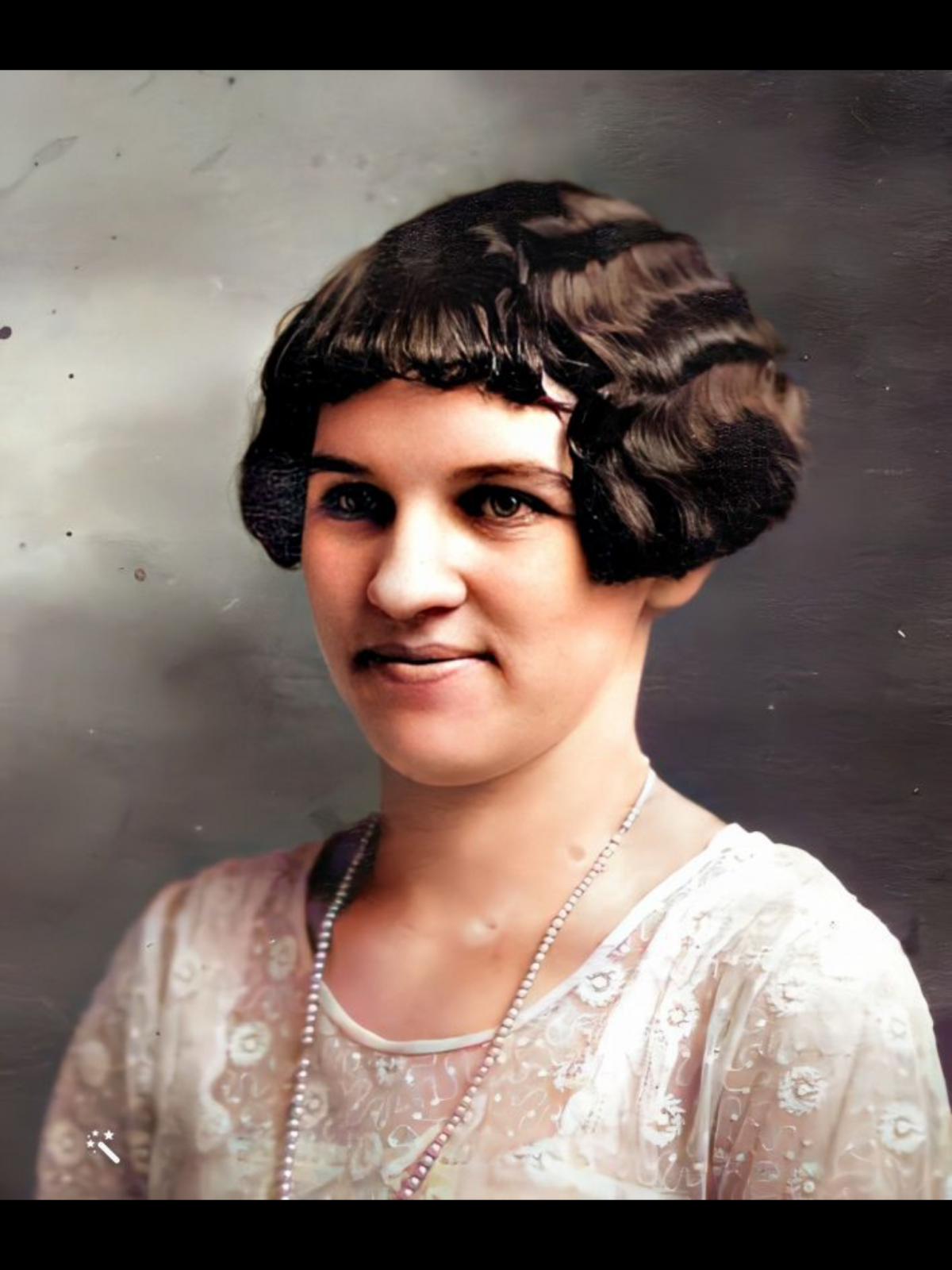 July 6th is the 111th anniversary of the birth of Roma Clara Josephine Rasa, my maternal grandmother.  She was born in Florence, Missouri to Fred H. and Lena (Tieman) Rasa.  At her birth her family lived on the main street of the Florence community not far from the crossroads were two stores and the town bank would stand.  She would spend her entire life in that community becoming mother, grandmother, neighbor, friend, confidant, Quilting Grannie, local historian and remarkable cook.

To honor her today on her birthday, I wanted to share one of my favorite pictures of Roma.  This photograph was taken c. 1912-1914 on the side of her family home on the main street in Florence, Missouri.  Pictured are Lena Rasa (full name Caroline Tieman Rasa), Lena’s half-sister Clara Schroeder, and Lena’s three children: Pearl, Rita and Roma. Perhaps Roma was born with that determination, some might say stubbornness, but when she really wanted something, she set her mind to it and nothing would stop her. Looking at this early photo of her, one can sense a little attitude with her hand on her hip staring into the camera. Watch out world!

Recently I saw a blog post asking “Who got you interested in genealogy?” I would answer, Roma.  Her husband Carl C. Siegel, passed in 1964 before

my birth so I never knew him.

“Family” on my maternal side meant “Grandma.”  While we spent lots of time with other relatives, Roma was the matriarch, as evidenced by our struggle to maintain a family structure and even schedule family gatherings in the wake of her death.  However, the reason she inspires me is not because of her hierarchical role in the family, rather her approach to it.  I attribute her attitude towards family to her entrée into married life that was anything but smooth.

Roma fell for a man more than twice her age who had been widowed and left to raise his three young sons.  By the time I was in the picture, some 40ish years later Carl had passed and Roma lived on the farm they had worked long and hard to save and buy together.

Carl’s three sons, Carl, Pete and Gene, had been raised as her sons and there was no difference in the status of members in the family.  I simply had three uncles that were only a bit younger than Roma herself.  I never heard the word “step” and from all the stories I have been told she loved and treated the boys as she did the three children that would follow.  She was proud of her family and it showed.

But recently I saw a photo that again proved her strength of character and her love of family.  This is a picture of Roma and Carl in their home in the ca. mid-1950s.  Behind the couple on the piano photos of their children can be seen.  What I had not noticed before was the small photo on the wall.  It is of Carl and his first wife Mary.  I have used it in a previous blog post.  I believe it was their wedding photo.  Mary died in 1919 when Spanish Influenza ravaged the globe.  The scars of that loss Carl carried to his grave, but it is clear from the many photos of him with Roma that he was as in love with her as she was with him.  What grace and self-assurance it must have required to keep a photo not just of his first wife, but of Carl and Mary together. Roma simply saw her as part of the family.

In these challenging times of divisiveness and adversity Roma’s example is a lesson for us all.  A lot of love and compassion can bring a lifetime of joy.  Happy Birthday Grandma! You are greatly missed; but your spirit warms our hearts every day.

This website uses cookies to improve your experience while you navigate through the website. Out of these, the cookies that are categorized as necessary are stored on your browser as they are essential for the working of basic functionalities of the website. We also use third-party cookies that help us analyze and understand how you use this website. These cookies will be stored in your browser only with your consent. You also have the option to opt-out of these cookies. But opting out of some of these cookies may affect your browsing experience.
Necessary Always Enabled

Any cookies that may not be particularly necessary for the website to function and is used specifically to collect user personal data via analytics, ads, other embedded contents are termed as non-necessary cookies. It is mandatory to procure user consent prior to running these cookies on your website.