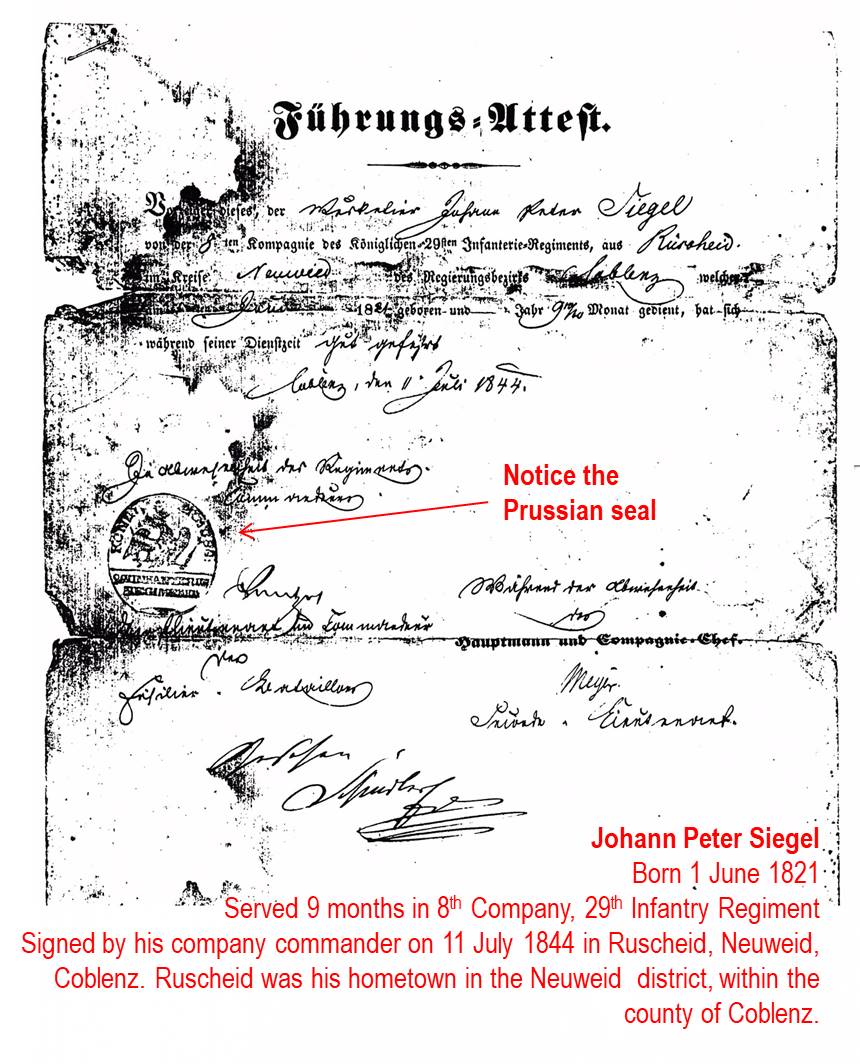 I am one of those people who love to see what happened on this day in history.  I often wonder did something happen of global importance or something seemingly minor in the life of one of my ancestors that changed his or her – or even my destiny? Today there one event is of particular interest; a death, not of a person but of an empire.  On February 25, 1947, the state of Prussia was formally dissolved. Prussia, at one point or another included parts of Germany, Poland and Russia and a several smaller states that had the misfortune to lay in-between the great powers of Europe.  The Kingdom of Prussia was founded in 1701 by the Hollenzollerns when the Elector Frederick III crowned himself Frederick I at Konigsberg, an outpost on the Baltic Sea known in today as Kaliningrad, Russia.  Kaliningrad has a fascinating history, but I’ll save that story for another day.

Much of my family heritage is tied to the Prussian empire.  The empire ebbed and flowed through much of its existence, but by 1815 it included territory along the Rhine River.  The fate of most of the residents in Europe was dictated by big powers on the continent, not by their own decision; especially in regards to taxation and military service.  Below is one of the documents I have in my collection that documents my 2-times great grandfather, Johan Peter Siegel’s Prussian military service.  I think escaping further conscription was likely one reason he came to America.

Avoiding military service for either the Prussian or Russian empire is the reason my husband’s grandfather Stefan (later changed to Steven) Kiras immigrated to America in 1913.  From whence he came is a little unclear – it was strategic territory that tended to change hands when wars were fought in Europe.  We somewhat jokingly call it LithoPolGermaRuska.  The map below illustrates only one small period of time during the late 1700s when the territory changed hands; there were many others over the last 200 years.  Tracing my husband’s family to this area has been very interesting and while I wouldn’t call it a brick wall it is a political anomaly and makes looking for records an intellectual challenge.  I often sit, timeline in hand to determine where to begin my search.  Stefan Kiras’s paper trail in the United States – from the manifest of the ship that brought him here to his naturalization and census records – highlight the fact that neither he nor personnel asking questions of him knew exactly what to call his homeland.  It ranges from Poland, Russia, to “Poland, Russia, Europe” on his WWI draft registration card.[1]

I believe my ancestors would reflect on the anniversary of this day only by saying “good riddance” to Prussia, but perhaps my view is a little different.  If the situation had not been so bad in Europe, they would have never made the sacrifice to come here.  So, Prussia, I bid you a fond goodnight.