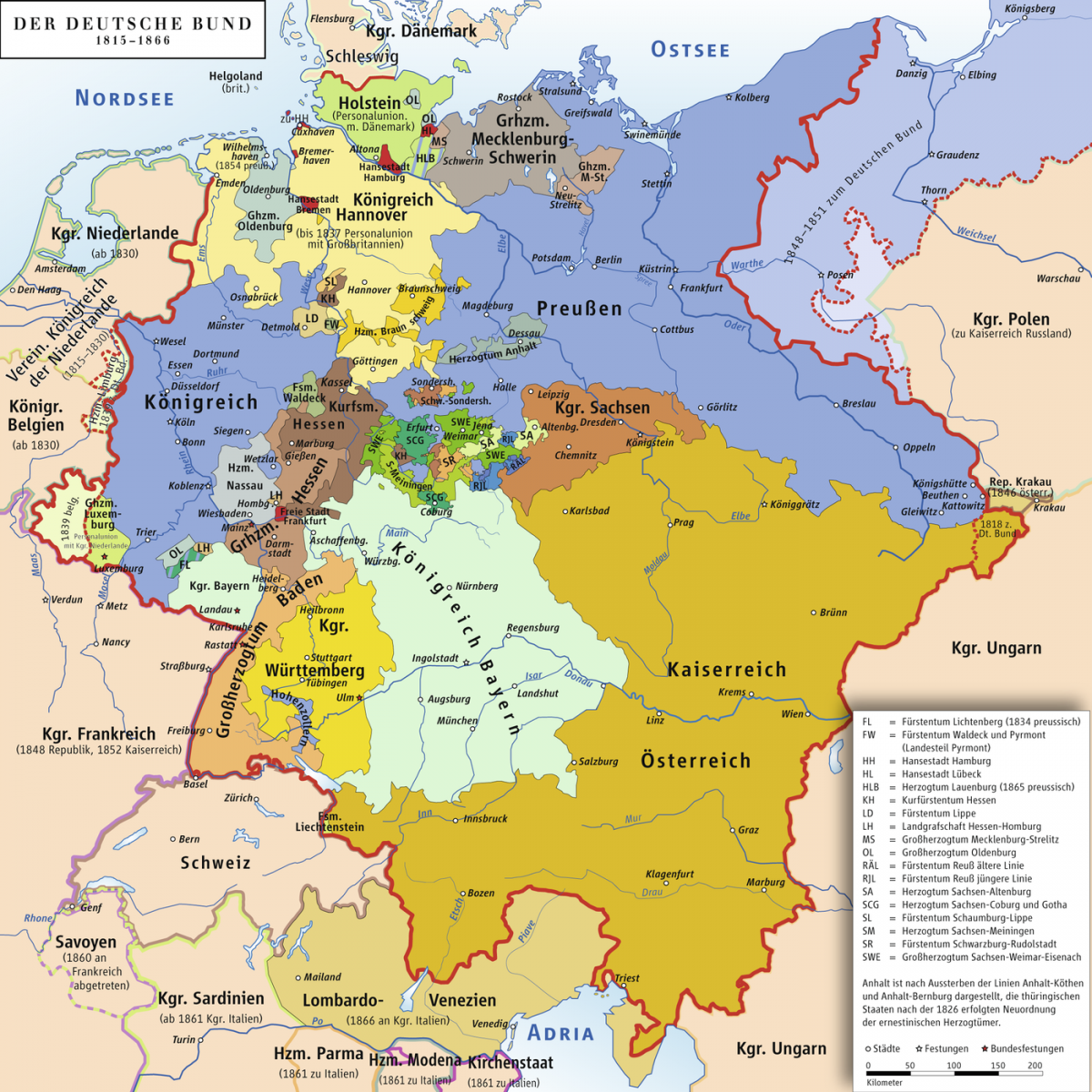 On this day in 1871 the Deutsches Reich, or German Empire, was proclaimed from a group of 26 disparate entities. According to Wikipedia, they included four kingdoms, six grand duchies, four duchies, seven principalities, three free Hanseatic states, and one imperial territory.

My ancestors hailed from the western side of the Prussian empire near Coblenz, the Duchy of Nassau, the Kingdom of Hanover, and the Electorate of Hessen.  Lately, I’ve been researching the 1920s, German immigration to the U.S., prohibition, and WWI.  Most of my ancestors emigrated prior to unification and therefore, I don’t believe they ever identified with the German Empire as their homeland.  Each of the “states” from which they hailed had a slightly different form of governance.  The underlying cohesion for each entity was the nobility’s desire to rule a people and to gain wealth through taxation, military service, and the fruit of their subject’s labors.  Loyalty to rulers was a veneer if it existed at all.  I’ve blogged previously about Prussia and my 2x great grandfather Johan Peter Siegel’s military service.  I have to assume it is part of the reason he emigrated in 1849.  Seeking a better life in America, free from the encumbrances of the Old World, where one chose his religion and livelihood without fear of government intervention or supersession.

My ancestors married, educated their children, farmed, started businesses and were active in church and social organizations some of which were formed around their heritage.  My grandfathers and grandmothers were schooled in German and English, attended German Evangelical Churches, and celebrated American holidays.  I have found no evidence they had any allegiance or even interest in Kaiser Wilhelm II or his grand plans for Europe.

Even before Europe became embroiled in war during the summer of 1914 chasms could be felt between “native Americans” of English heritage and more recent immigrants.   “Hyphenated Americans” became a war cry against immigrant groups (German-Americans, Irish-Americans, and Italian-Americans) led by none other than Teddy Roosevelt. The “100 Percenter” movement claimed that the hyphen represented divided loyalty and that German-Americans could not be trusted, regardless of how many generations someone had been an American.

Americans of German descent argued that the old country was like their mother, they had left behind, while America was their new bride, to whom they were forever bound.  But the seeds sown by the anti-German rhetoric blossomed into full-blown hatred of all things German.  German social, cultural, and religious institutions were targeted. Playing Beethoven, Brahms, Bach, or Liszt was forbidden in churches. Anyone speaking or reading the German language was ridiculed.  When the United States entered the war in April 1918, the anti-German movement became government policy.

There are dozens of books written about this era.  The best I have read thus far is Bonds of Loyalty: German Americans and World War I by Frederick C. Luebke.  In this 1974 book, Luebke deftly analyzes German immigrants  culture, religion and social institutions clashed with prohibition and the ever-increasing nativist movement in the early twentieth century.  In 1910, the federal census showed that approximately 2.5 million U.S. residents had been born in Germany; while 5.8 million were children of German immigrants or first-generation Americans.  Luebke divides those Germans into groups delineated by what most affected their views.  Some were “Kirchendeutschen” or church Germans; “Vereindeutschen” or club Germans; Soul Germans and Stomach Germans.[1]  There was a small minority of “German-American elites” who attached themselves to one or more of the groups, but the elites alone were driven by political motives.

I will continue to share my insights into these groups over the coming weeks.  I think my relatives would have belonged to Kirchendeutschen more than any other group, although recipes passed down through the generations attests to the stomach coming in a close second.