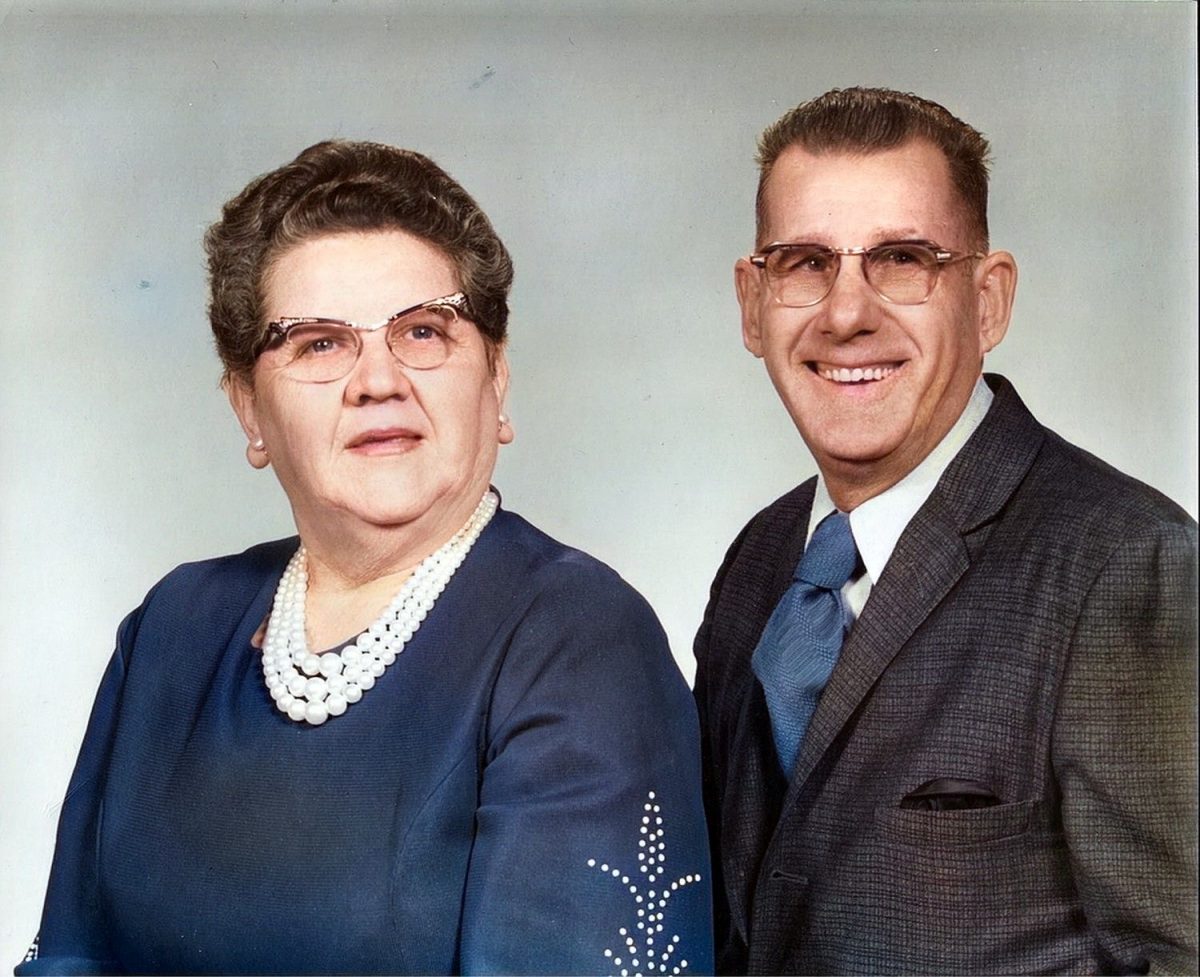 Looking back on a life that began 110 years ago

Ellis Ray Spencer was born to Richard Allen and Leona (Howell) Spencer this week one hundred and ten years ago (Feb 20, 1912) in Plato, Laclede County, Missouri.  He was the first son born into the family of nine children.

The first official record we have of Ellis is the 1920 census when the family was living in White Township in Polk County, Arkansas.  Although ordained as a Minister of the Gospel, thirty-eight year-old Richard “Allie” was listed as a carpenter and 31-year-old Leona was keeping house and caring for Ethel (almost 9), Ellis (almost 8), Thomas E (6), James Everett (almost 5), Earnest E (2 1/2) and one-month-old Eula Mae.  They owned their home on Old Cove Road (now Polk 32) in Cove, Arkansas.  They lived very close to Cove First Baptist Church, where the family likely worshipped.  This photo of the children may have been taken in Arkansas as it dates to ca. 1921.  Birth records indicate the family lived in Cove from at least 1919-1922.

The family resided in Laclede County, Missouri when possible where they were surrounded by kin, but the life of a country minister was not financially rewarding so the family earned a living by harvesting crops all across the Ozarks into Oklahoma and Arkansas.  Primarily picking berries, the Spencer family members were migrant farmers, growing their own sustenance and picking for a living.  I assume that Allie chose berries because it was something little hands as well as adults could do.  However, all of the children and their parents could read and write and all of the children finished some level of schooling in Missouri.

The various locations the family lived are marked by the birth locations of the children:

In 1930 the family lived on a farm in Gasconade Township in Laclede County.  The census reports that Allie was 27 and Leona 20 when they married and that Everett, Earl, Eula, Lucy, Lulu and Dorothy were living at home in 1930.  Ellis and Ethel had left the family home.  Ethel lived in Montgomery Township in Wright County, Missouri, working as a servant for the McCoy family.  Eighteen-year-old Ellis was working as a hired hand on the William Hicks farm in nearby Roubidoux Township in Texas County.  The siblings would marry within days of each other in 1933.  Ethel married Russell McGuire in the family home on February 18.  The ceremony was performed by J.T. Nickles, Minister.  Ellis married Grace Valentine Kembel on Valentine’s Day (February 14th) in Lebanon by Elder R.B. Carnett, Ordained Minister of the Gospel.  The licenses were recorded at the Laclede County Courthouse by Thomas P. Wood, County Clerk.

The photo below is most likely the earliest photo in existence of Ellis and Grace.  It was colorized and enhanced at MyHeritage.com with their photo tools.  I think the enhancement, even more than the color, brings out their expressions, even if they don’t look thrilled!  There are very few of my grandparents smiling.  Often people were not told to smile for the camera as we have been for our entire lives.  Instead, early photography required one to stay still and that dictum clearly remained steadfast through a few generations. 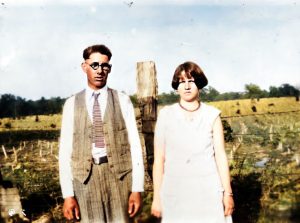 The final photo, also enhanced and colorized on MyHeritage.com,  is one of my all-time favorites of my Spencer grandparents.  Not only are they smiling, but you can see they are happy.  And this is how I remember them.  He looks like he is laughing, and I can see just a glint of that orneriness that made him so much fun.  Happy birthday Grandpa!