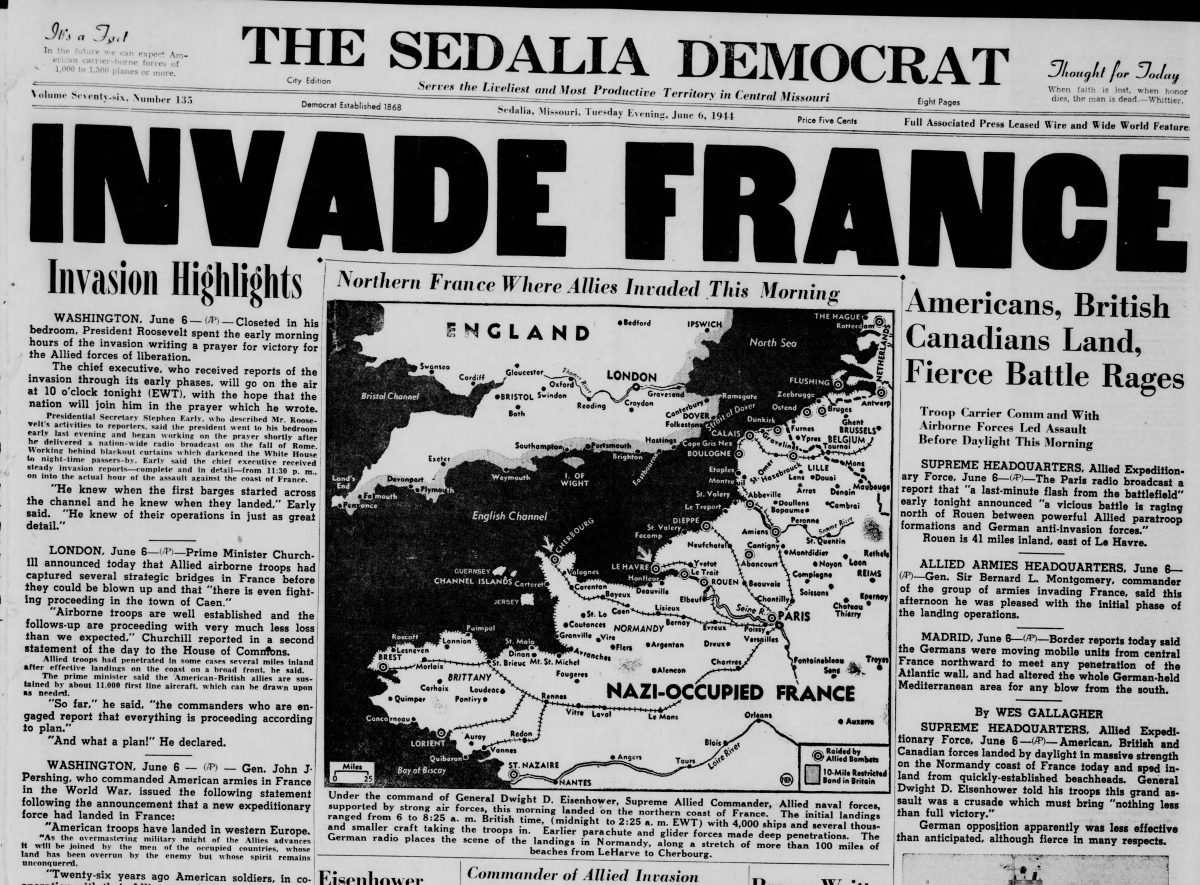 As we experience the 75th anniversary of the day the Allied Forces invaded Europe it is worth noting why the day was so vital then and now.  The sacrifices of the men that day were monumental.  According to the U.S. Army, more than 160,000 men crossed the English Channel to five beaches in Normandy, France marking the greatest sea-borne invasion in history.[1]  Nine thousand Allied Soldiers were killed or wounded.  Over 100,000 of their brave comrades made it off those beaches and on to defeat Nazi Germany.  As documentary filmmaker Ken Burns explained in an interview this morning as those veterans are passing we are losing the direct memory of the war, especially of the invasion known as D-Day.

While we lament this loss of our living history, each of us has a role to play to preserve it.  Just ask Benjamin Mack-Jackson, who as a sixteen-year-old founded the non-profit WWII Veterans History Project, Inc. to preserve the memories of the men and women who saved our country and the world during the Second World War.  He was moved to educate and inspire his generation, and future generations, to better understand and appreciate the sacrifices made by the Greatest Generation.[2]

Sharing our past with current and future generations is critical.  I had three uncles who served in World War II and two neighbors who were dear to me.  I know many of their stories but I failed to get their stories recorded before it was too late.  It is a regret that challenges my heart on landmark days like today.

Ken Burns said it best, “We have to be skeptical about the mythologies we make about ourselves…Not today…All the values we have today were born that day.”[3]  The goal 75 years ago was freedom; and it was achieved. To the Americans who landed on Omaha and Utah Beaches,  I am humbled by your sacrifice and I hope I can honor your memories by sharing the stories of your valor and purpose with others.

President Ronald Wilson Reagan said it best on the 40th Anniversary when he said,

You were young the day you took these cliffs; some of you were hardly more than boys, with the deepest joys of life before you. Yet, you risked everything here. Why? Why did you do it? What impelled you to put aside the instinct for self-preservation and risk your lives to take these cliffs? What inspired all the men of the armies that met here? We look at you, and somehow we know the answer. It was faith and belief; it was loyalty and love.

The men of Normandy had faith that what they were doing was right, faith that they fought for all humanity, faith that a just God would grant them mercy on this beachhead or on the next. It was the deep knowledge — and pray God we have not lost it — that there is a profound, moral difference between the use of force for liberation and the use of force for conquest. You were here to liberate, not to conquer, and so you and those others did not doubt your cause. And you were right not to doubt.

Check out more about D-Day especially the citations for the four Medal of Honor Winners that included Brigadier General Theodore Roosevelt Jr.