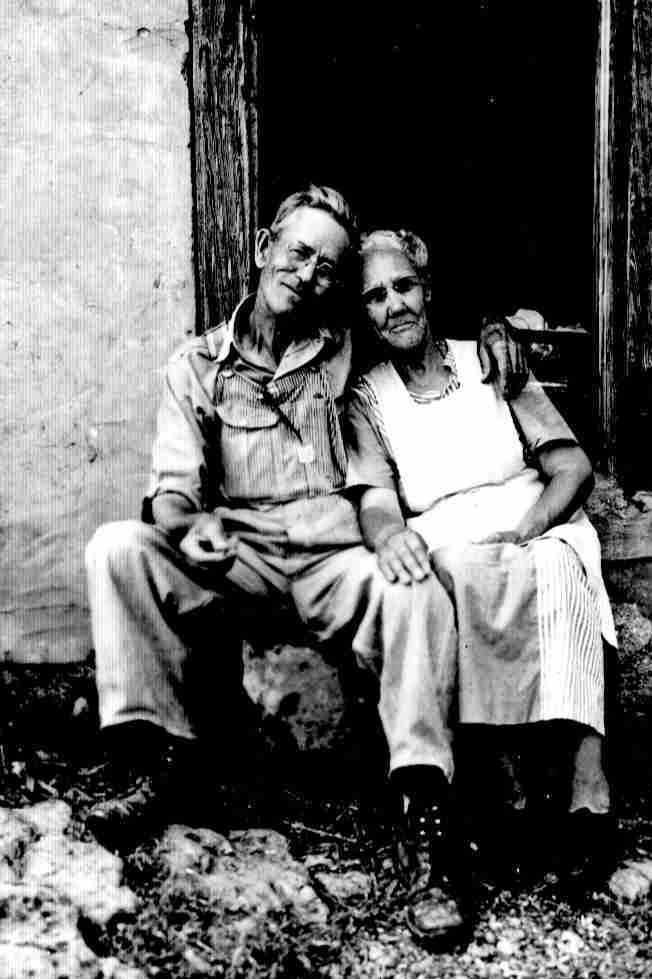 Fifty-five years ago today, a woman named Corrillie Spencer passed away when she was eighty-six years old.  She was the second wife of Richard Allen Spencer (1881-1973), my great grandfather.  Recently I have begun to research Corrillie’s life.  She was known to my family and many others as “Aunt Rillie” and I had no idea the many trials Rillie had faced.  The records have revealed a challenging life in which she outlived three husbands and at least one child.  Here is what I have discovered of her story thus far.

When the census was taken in 1900, Corrillie Fletcher’s family was living in Glaze Township in Miller County, MO, near where the Lake of the Ozarks would soon be formed with the construction of Bagnell Dam.  Her parents, George and Margaret, both born in Indiana, had been married for twenty-eight years and had seven children, all of whom were living.  Connor, the oldest, was born in Indiana in 1877, but sometime between Corrillie’s birth in 1881 and William Shelvie’s birth in December 1885 the family moved to Miller County, MO, where they owned a farm.  Brother Adolphus, according to the federal census, was born in March 1889 in Missouri, while his younger brother, seven-year-old James, is listed as born in Indian Territory – perhaps an error, as no mention is made of this in any other record.  The youngest child Bertha F. was born in December 1897 in Missouri.

On April 29, 1900, nineteen-year-old Corrillie married Henry L. Ray (spelled Wray by the census taker) of Brumley, Missouri.  The couple was married at the bride’s family home in Zebra,[1] in Camden County.  When the federal census was taken on June 22nd, the couple was living with Henry’s widowed mother and younger sister, Mary.

According to the same census, Herschel Patterson had been married to twenty-two-year-old Melissa for four years.  The couple had had three children, only one of whom lived.  The child, Bertha G. was only a month old when the census taker arrived on June 13th.  The couple went on to have one more child, Owen Charles (1902-1941). Melissa’s fate is unclear.  Many online trees have her living until 1929 with a different maiden name and parentage.  This conflicts with other records including her children’s later social security applications and census records when she was alive.  Additionally, Herschel married both times in Camden County approximately ten years apart.  It is possible Herschel and Melissa divorced, but more likely that she died before 1908.  Herschel and Rillie were both single parents in need of support and love.  They found it in each other.  Herschel had never been well-off, working for others farming.  By 1930, he was an “ax man” on a surveyor party, likely hard work for a fifty-seven-year-old man.  Herschel died on October 31, 1938, when he was 66.  The couple were living in Linn Creek.

On July 20, 1940, Corrillie Patterson married William Madison Percival (1872-1946).  William’s family had come to Camden County from Kentucky.  He married Mary Jane Byrd when he was twenty-eight.  The couple had six children before Mary died in 1924.  William finished raising his kids alone.  In July 1940, he married Corrillie.  William was 67, Corrillie, 59.  They would share six years together on the farm near Linn Creek before William died in August 1946.

Corrillie adapted to many changes in her life.  As a small child she moved to the northern part of the Ozarks where the Glaize and Osage Rivers converge.  She lived around Zebra and (old) Linn Creek, small towns that were lost and the area drastically changed with the creation of the Lake of the Ozarks.  Her family life changed too.  She had been married only a few years when husband Henry Ray died.  She was married to Herschel Patterson for thirty years and might have believed that when he died she would spend the rest of her life alone.  Instead she married William Percival, who lived only six years after the nuptials.

In 1949, she married Reverend Richard Allen Spencer, known to all as Allie.  Allie had lost his wife and mother of his children Leona a few years earlier.  I’m not sure how Allie and Corrillie met, most likely at a church or community gathering.[2]  Allie owned a farm near California, Missouri in Moniteau County.  His son Ellis lived on a farm in Latham about fifteen miles away.  Other Spencer relatives also lived in the vicinity.

Allie was an ordained Baptist minister but most often made a living farming and as a carpenter.  Allie and Rillie were born the same year (1881) and had lived similar lives, moving wherever they needed to scratch out a living, but being near family whenever possible.  They did not need much to survive.  I have a few photos of them taken together at their home near Camdenton was just off Highway 5, a road I took, every time I traveled to and from college in Columbia.  I did not know then that I passed by their little house until a few years ago when my mom and I stopped by.  I don’t remember Allie, and Rillie passed before I was born, but what I find most amazing about them is in the photos of them, they look so happy.  Content in each other’s presence.  As if together was always where they were supposed to be.

October had to be a difficult month for Allie.  He lost Corrillie on October 18, 1967, twenty-two years and one day after his first wife, Leona, passed in 1945.  Richard is buried next to Leona; Corrillie was laid to rest in beautiful Linn Creek Cemetery near (but not with) Herschel.  Her epitaph is fittingly one word: Wife.

[1] There is a great article on Zebra, Missouri and the creation of Lake of the Ozarks here.