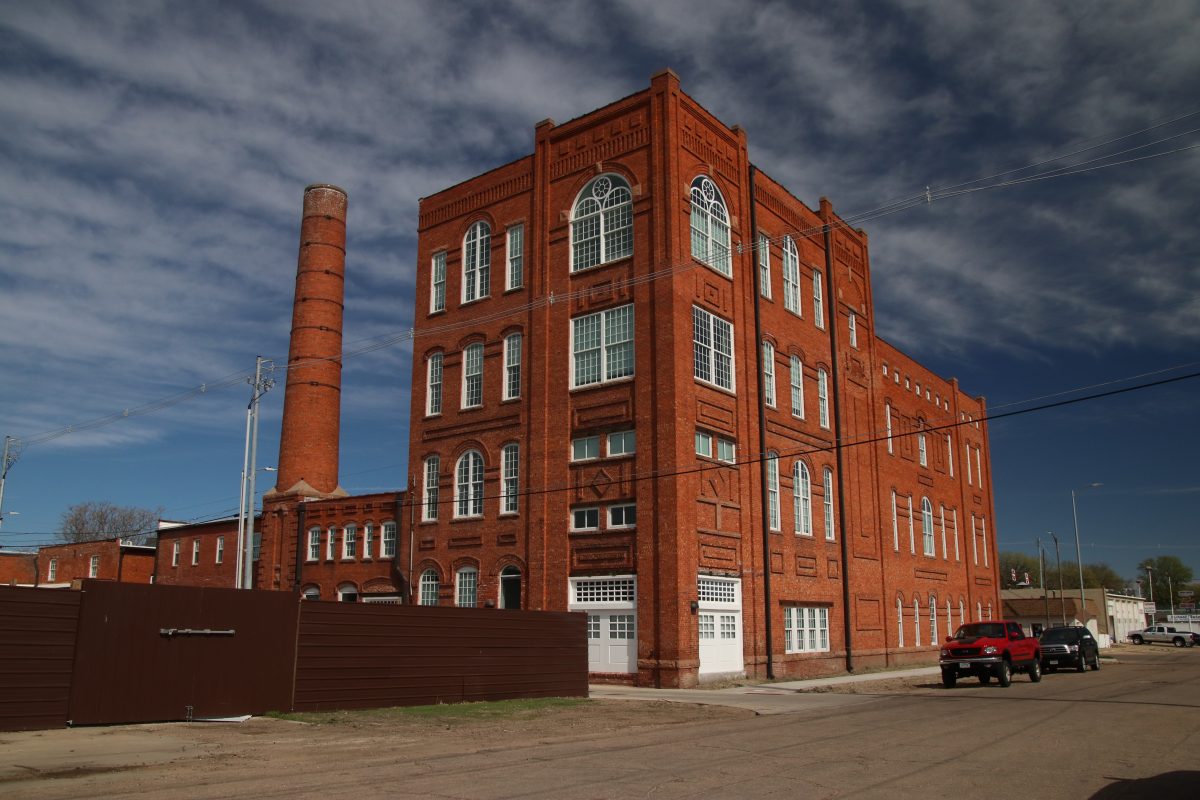 During the previous decade one of the fasted growing industries in the United States has been craft beer.  Many of the new brands have purchased rights to old names and recipes from breweries across the United States that were forced out of business when the Volstead Act and the 18th Amendment to the Constitution came into effect in January 1920.  The temperance movement had won but the unforeseen consequences of prohibition included the rise of organized crime, underground movements such as speakeasies, moonshine and bootlegging, all of which led to rapid changes in cultural norms.  Some ethnicities, especially the Irish and German populations, felt their way of life forever altered.  In 2020 this blog will explore some of the issues our country faced 100 years ago, beginning with prohibition.

This article is the first of three detailing the history of the Hastings Brewing Company in Hastings, NE.  The brewery building was listed in the National Register of Historic Places in June 2015.  Spencer Preservation, Wamego, KS and RomaMaryGrace Historical Research completed the nomination.  The building renovation was completed in December 2018 and now is home to the Brewery Lofts.

Located in Adams County in the heart of south central Nebraska, Hastings was first incorporated as a town on 2 April 1874. By 1881, the town had more than 2,800 residents and was an important rail transportation hub in Nebraska shipping and receiving goods from all over the country.  Farm products such as cattle, wheat, oats and corn represented more than 70 percent of the goods shipped from the town, while various other merchandise and industrial products made up the remaining exports.  Hastings was at the center of 57 miles of railroad track used by five rail companies including the Union Pacific, Burlington & Missouri and the St. Joseph’s & Western lines. The access provided by rail gave Hastings the moniker Queen City of the Plains.

Hastings grew in population and industrial strength over the next four decades.  By the end of 1911 the Hastings Tribune declared that the city manufactured more bricks and cigars that elsewhere in Nebraska; that it had the largest harness and collar manufacturing plant in Nebraska, Iowa or Kansas; that it had the second-biggest brewery and artificial ice plant in the state; the third largest foundry business, building supply company and candy manufacturing plants in the state.   Much of Hastings growth and economic strength was due to the hard work of its numerous German immigrants.

A Brewery is founded

In November 1906, a company was formed with the goal of opening a brewery in Hastings, Nebraska. G.J. Evans, a Welsh-born Hastings businessman and future director of the company, bought Lots 1-6 and 19-24 of Block 23 in Johnson’s Addition for the site of the new brewery.  By January 1907, another local businessman, Ezra Langevin, a French Canadian, was named as president, and Louis Kraus, a German immigrant, was employed as brew master.[1]

The national temperance campaign was strong, but breweries were operating, even expanding across the Midwest and in Nebraska, towns with breweries were prospering. Equally important, Hastings, with its large German immigrant population and German businesses being the backbone of Hastings commerce, seemed like a good place for the new venture.

Contemporary news stories focused on the five original officers of the new company’s board of directors; however, many Hastings residents, some of German heritage, invested in the brewery.  It was their town and they saw the brewery as an investment in their community.  A number of prominent local businessmen also participated in the brewery’s operation and management during its nine-year tenure. These business leaders came from different ethnic and religious groups. Some had immigrated, while others were first generation Americans. Most had large families and owned their homes. Several owned their own businesses and had political connections. All had other jobs and responsibilities. The brewery was an investment in the future.

Ezra Langevin, a French-Canadian who had lived in Hastings since 1878, was named as the brewery’s first president. Born in Verchères, Quebec, in 1842, Langevin immigrated to the United States in 1861 and came to Hastings in 1878.[2]  In 1879, he married Octavia Guilmette in Hastings at St. Cecilia’s church. Seven children were born from this union. Along with two partners, he founded a wholesale grocery business in November 1889. The Ezra Langevin Co. (also known as Langevin, Cushing and Gauvreau, and later, the Hastings Wholesale Grocery Co.) filled a newly-built three-story brick building downtown. Langevin, who built a Victorian mansion that still stands today, was a prominent member of the Hastings Catholic community and an officer in the Hastings Building and Loan Association. He was elected to the city council for several terms.

Brewery board member Emil Polenske, a naturalized citizen, was born in Schonlanke, Germany, in 1868. He immigrated to America in 1882 and made his way to Hastings, where he married Pauline Krueger in 1891. To this union were born eleven children. Polenske was the president and founder of the Polenske Brothers-Schellak Company, a brick manufacturing company that became one of the largest and most successful companies in Hastings. Emil Polenske also was on the board of directors of the Bank of Commerce in Hastings.

George Tyler lived in Iowa with his parents and his new wife Maggie in 1880. He was a mining broker at the time. But by 1900, the Ohio native was a proprietor of a saloon in Hastings and owned substantial properties in the city, including the Lindell hotel. His wife was active in local society, and he was a charter member of the local Elks lodge and stockholder of the Clarke Hotel and Beatrice Creamery.

Board member Hans Chris Hansen was an agricultural implement and coal dealer. Born in Denmark in 1853, he came to America at the age of sixteen, made his way to Omaha, then to Iowa where he married his wife Emma in 1878. They came to Hastings in 1883, with H.C. Hansen listed in the city directory as the owner-manager of the Hastings Implement Company. Upon his death in 1920, he was lauded as “a man of the highest honor.”

Griffin J. Evans was born in 1855 in Wales and immigrated to the United States in 1868, and in 1877 settled in Hastings. According to the 1900 census, G.J. Evans was a wholesale fruit dealer in Hastings.[3] By 1910, he was managing a local cigar business.[4] He also served as Hastings’ city clerk, treasurer and mayor.

The Hastings Brewing Company began operations on February 12, 1908. Its first product was released in May. According to a report in American Brewers Review the plant, constructed solely with local materials, was regarded as “one of the finest and most modern in the state” with electric power and glass enameled tanks.[5] That same year the brewery was listed in the Hastings City Directory with the aforementioned officers. By 1910, Colonel H. Hansell was president of the Brewing Company. Hansell, born in Iowa in 1871, arrived in Hastings in 1898. The 1901 city directory indicates that he was working for the Hastings Produce Company, which merged into the Beatrice Creamery Company. He later operated the Vastine-Hansell Clothing Company.

Despite plans for success, the brewery was founded in a challenging era for the liquor industry. Local investors likely did not foresee the short and difficult journey they had begun. The challenges began even before the first beer was brewed. Yet for a few years the business prospered.

The Hastings Brewing Company produced a variety of beers during their nine year run.  Ritter Brau, the “Velvet Beer of Perfection;” Prairie Pride Beer and Personal Liberty Brew were marketed as “old-style German beer.” The Personal Liberty name may have been derived from the prohibition movement. In 1909, Governor Chester H. Aldrich had mocked the term “personal liberty” in framing his anti-alcohol stance, possibly because the Personal Liberty League (an anti-temperance organization founded in 1882) was arguing that prohibition would be detrimental to “the laboring men of the U.S.” Whether the Hastings Brewery was responding to the governor or showing support for the League is unknown, but Personal Liberty brand was popular.

Each year the brewery company held an annual meeting in which officers of the board were elected. In May 1910 the officers were C. H. Hansell, president; Emil Polenske, vice president; G.J. Evans, secretary; Louis Kraus, treasurer; and Karl Kauf, director. These officers did not change during the following tumultuous years that pitted brewers against prohibitionists. In 1913, Howard C. High was listed as the plant manager.

Between 1910 and 1912 the brewery added a $40,000 bottling plant designed by famed architect C. W. Way and placed advertisements for their beers in the city directory and newspapers around the state.[6]  “Ritter Brau, the Velvet Beer of Perfection,” Prairie Pride Beer and Personal Liberty Brew were touted as old-style German beers.[7]  Tours of the plant were offered in 1910.[8]

What happened next?  Watch this blog for part 2!  If you are wondering what the building looks like now check out some of the great renovation pictures here.