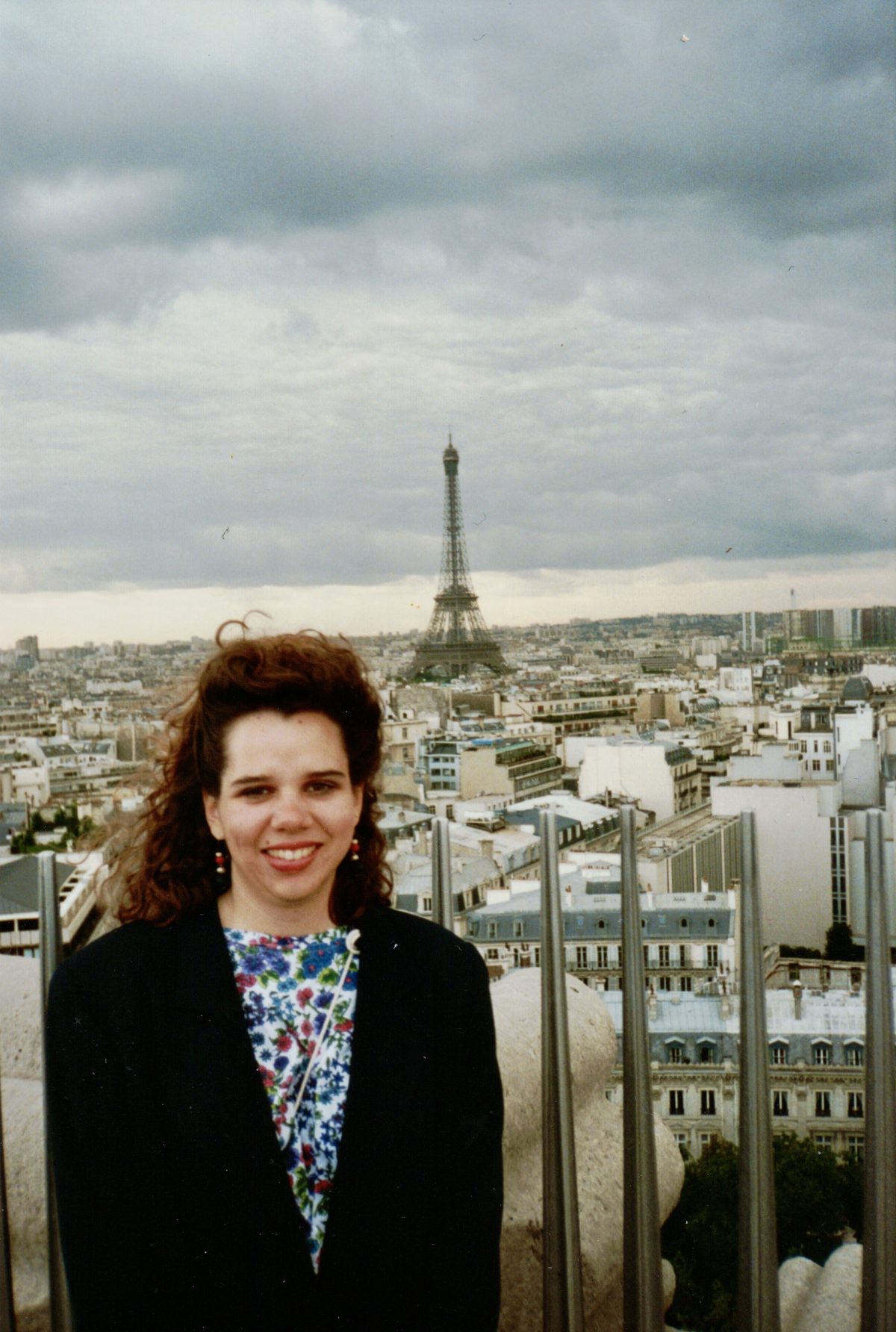 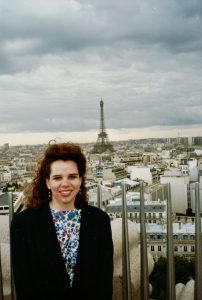 One of the first rules of genealogy, long neglected by genealogists is to write down your own stories.  On this German Unity Day, as falling leaves and temperatures finally reach Alabama, memories of my Year of Firsts, thirty (!) years ago flood my mind. But the beginning of the story, like so many tales, requires me to go back a year earlier when I was in the spring of my fourth year of undergraduate studies at the University of Missouri in Columbia. A wanderlust had invaded my soul at an early age, but financial and academic limitations made me believe I could not afford to study abroad during my undergraduate days. As I was talking to my advisor and German mentor, Dr. Dennis Mueller, I mentioned I had dreamed of going to Germany for many years. He looked at me rather quizzically and said simply “why don’t you?” I began my lengthy defense, but his answer was simple – add a year on to study in Germany and come home to graduate with 2 undergraduate degrees, one (obviously) in German. In his quiet, inoffensively direct manner, he offered to help with the application for financial aid as well as one of the slots in the study abroad program. A year later in August 1992, I stepped onto my first international flight: TWA from Kansas City to Frankfurt along with others destined for a yearlong study program at the University of Saarland, in Saarbrücken, Germany.

We arrived in Frankfurt airport a bit tired and dazed.  Frankfurt International Airport is not designed the faint of heart, especially college students with little travel experience or sleep and heading to their new home.  It took us quite a while to find the train to the main Frankfurt train station where we would get a regional train to Saarbrücken. In those days the regional trains, known as “S Bahn” were slow and plodding, stopping at each small village along the line. As the train eventually rolled to a stop in Saarbrücken in the late afternoon, we were dreaming of shower and bed, but those plans were dashed when we stepped on the platform and a group of German exchange alums greeted us rancorously.  They were there to transport us to our temporary home at the local youth hostel because our dorm rooms were unavailable for a few weeks.

We dumped our luggage and allowed ourselves to be treated to dinner.  Seated at an outdoor cafe in Saarbrücken, we tried to decipher the local flavor described on the menu. I would soon learn there is a marked difference between Saarländish and the high German I had learned at Mizzou.  I was too tired to make an informed decision, so I allowed one of our new friends to order for me. I was excited to try my first taste of real German food. When it arrived, I wasn’t sure of what sat in front of me. My heart fell when the words of our friend, I’ll call him Albert, finally sunk in- I had allowed him to order my first German meal of liver dumplings accompanied by potato pancakes topped with applesauce. 🤢🤮. I like a lot of different foods and generally I am open to trying new culinary delights. One of my “food issues” however, is meat and fruit combined. Weird, but I think it started with Swedish meatballs (made with hamburger and pineapple) at Aunt Mary’s when I was about 9. It did not sit well in my stomach and ever since that event, I have been ardently against fruity meat dishes.  Liver also ranks rather low on my food list. My first real German food in the heimatland – liver and fruit.  Luckily, I was hungry and too tired to be as appalled as I am looking back.  I think I was able to eat most of the dish and would soon learn to distinguish and appreciate the intricacies of regional cuisine and drink including the local brew at Stiefel Bräu.

Back in the youth hostel we took a few days to try and settle in. Southwestern Germany was experiencing a heat wave and the hostel had no air conditioning. Six girls shared a single room accompanied by their luggage for a year.  Stacked on top of one another in bunk beds in a hot and sweaty room did not make for an enjoyable start to our year-long adventure.

One day we were hanging out and one of the guys in our group stuck his head in our door and said, “Hey, I have an aunt in Paris, I’m going to visit her. Anyone want to go along?” I screamed “yes!” And the next day I set off for my first international adventure.  Saarbrücken sits near the French border only a few hours train ride from Paris.  When we arrived in the busy Parisian Gare de Nord, it seemed as if pixie dust had been sprinkled on my head because the weather turned to fall and the people, the sights and the food were unforgettable.  The Arc de Triomphe, the Eiffel Tower, the Louvre, Musée d’Orsay, the Palace of Versailles – we saw it all and enjoyed every minute. Whether it was Paris at first sight, or that I went with no expectations, no other trip to Paris has ever come even close to living up to that amazing week in the autumn of 1992.  It set the stage for an incredible year of exploration of Germany and many European destinations.  Dr. Mueller passed away earlier this year.  I was by far not his most ambitious or successful student, and I considered his wife, Frau Mueller, my academic nemesis.  But he opened the door to one of the most significant, long-lasting relationships of my life, my love of Germany, her culture, and my heritage.  I’m not sure if I ever said thank you.  So, thank you, Dr. Mueller, for that push.  I am most grateful, and the adventure continues.